When Your Ears Keep Ringing, It Might Be Tinnitus 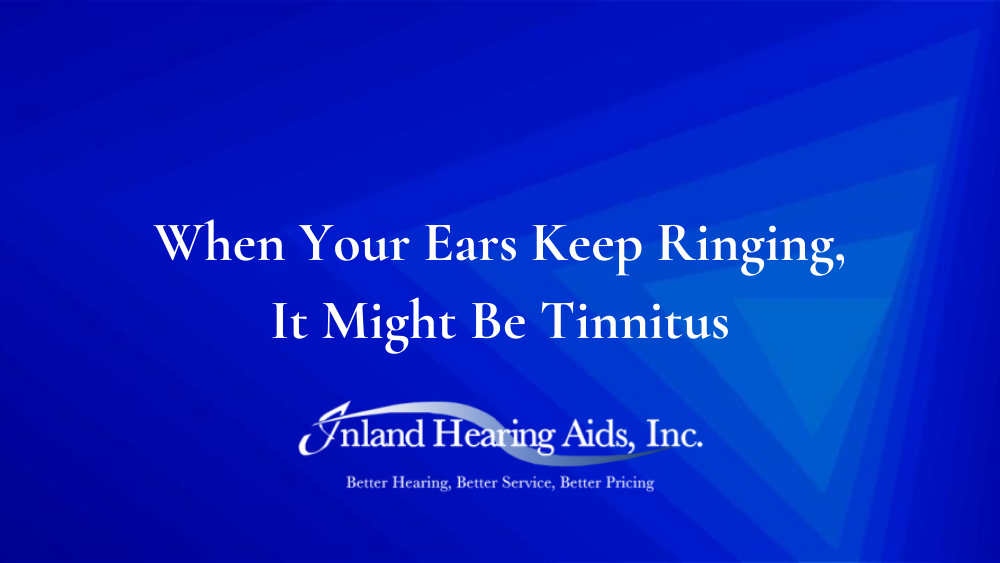 With Washington full of so many of the peaceful sounds of nature, it can be jarring to have them interrupted by an intermittent or constant ringing in your ears. This noise is known as tinnitus — pronounced as tin-it-us by some and tin-ight-us by others.

According to the American Tinnitus Association, about 50 million Americans experience some type of tinnitus in their lifetime. It is chronic and troublesome to 20 million, and 2 million say their tinnitus is extreme and debilitating.

If you’ve been experiencing some type of noise in your ears, the following information might help you understand it and its possible treatments a bit better and also give you hope.

Tinnitus isn’t classified as a disorder rather than as a symptom of another physical issue, and it often shows up as the first sign of hearing loss in those over the age of 54.

Tinnitus doesn’t always sound like ringing. It’s also been described as buzzing, humming, whooshing, clicking, whistling, hissing, and pulsating by those who experience it. Hear some of the sounds here.

Researchers say this sound could be made by your brain cells turning up sounds in the auditory part of your brain in an effort to fix hearing loss. This would explain why most people with tinnitus also have some measure of hearing loss.

Tinnitus can cause you to become so bothered by it that it’s hard to do anything else 100%. People with tinnitus have reported insomnia, an inability to focus, memory loss, anxiety, stress, relationship difficulties, and depression.

Tinnitus can be subjective or objective.

Subjective tinnitus, experienced by 99% of Americans with tinnitus, is caused by problems in your hearing system.

Objective tinnitus, experienced by the remaining 1% of tinnitus sufferers, is caused by medical issues such as cardiovascular disorders, kidney diseases, or head trauma. These noises can sometime be heard by your hearing professional through a stethoscope.

Can Tinnitus Be Treated?

Yes! Tinnitus can be treated! While there is no known cure, the burden of tinnitus can be significantly lessened with the right treatment.

Nine million Americans are choosing to not get treated for tinnitus because they think it’s untreatable, which is not true! And because they don’t seek treatment, it also means that the likely cause of it — hearing loss — is not treated either.

Your hearing health is so important, and to think that you’re missing out on a rich, independent life
because of this belief breaks our hearts.

What Treatments Are There for Tinnitus?

There are a number of treatment options available for tinnitus that can reduce its effects on your quality of life, which include behavioral and educational treatment programs for tinnitus management such as cognitive behavioral therapy (CBT) and tinnitus retraining therapy (TRT), lifestyle changes, and hearing aid or external speaker sound masking or white noise.

Even though there is currently no cure for tinnitus, extensive research is being done to find one, and we’ll update you on anything new we learn.

If you or a loved one is concerned about tinnitus, then you can request a callback for a friendly no-obligation conversation, or call your local office today.

We look forward to hearing from you.

Do you know somebody that needs to see this? Why not share it?

As a hearing instrument specialist and owner of Inland Hearing Aids, Inc., Dan Morehouse has spent more than 20 years earning the trust of physicians, community organizations, and thousands of residents through providing top-level hearing care to Moses Lake and nearby communities. 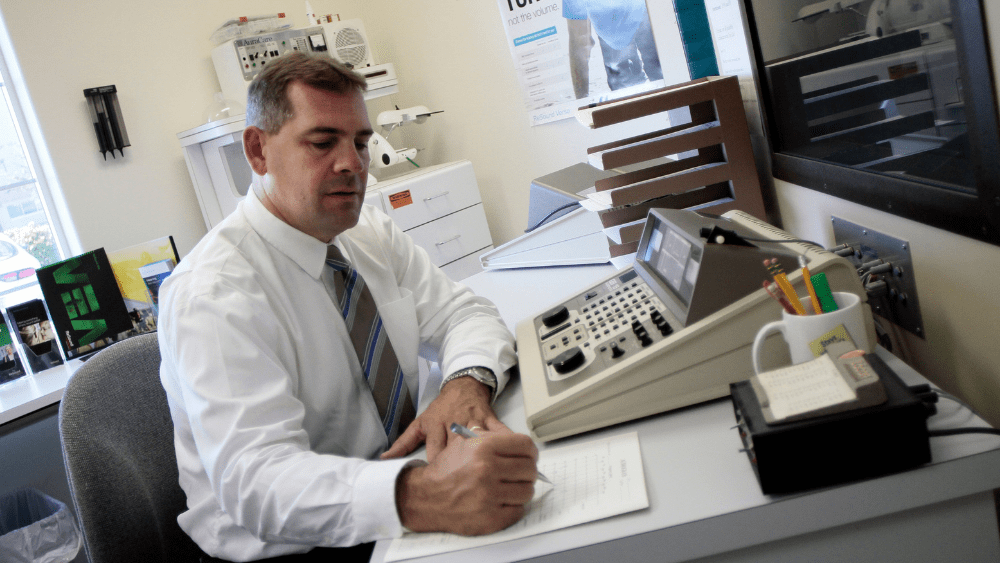 Why is Hearing Loss the Third Most Prevalent Health Condition in the US? 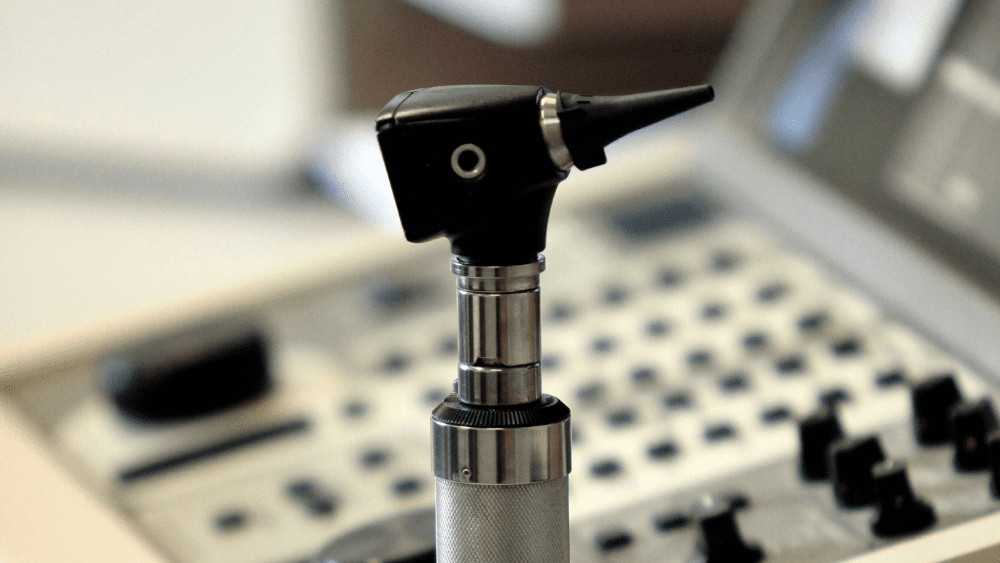 Everything You Need To Know About an Earwax Removal Appointment 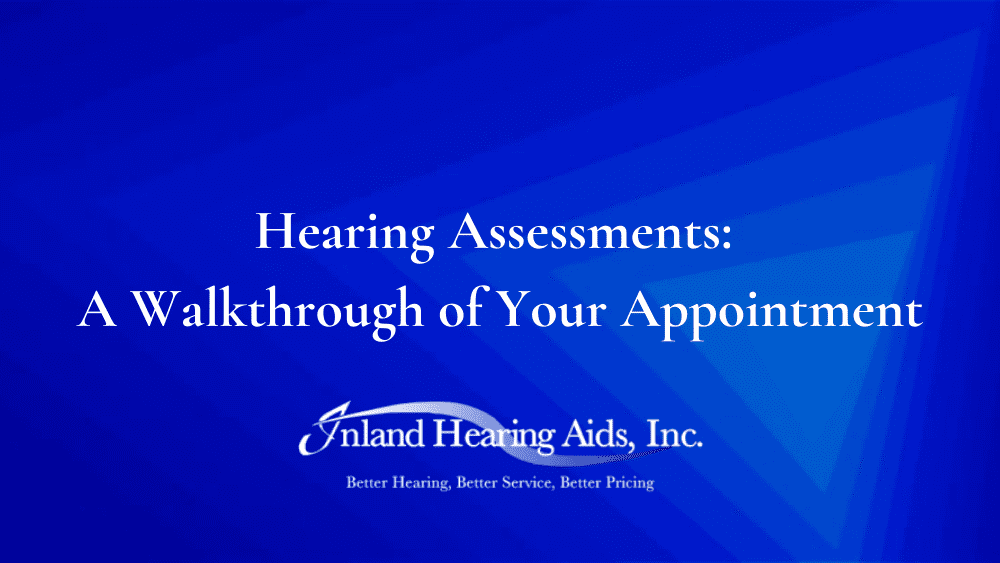 Hearing Assessments: A Walkthrough of Your Appointment